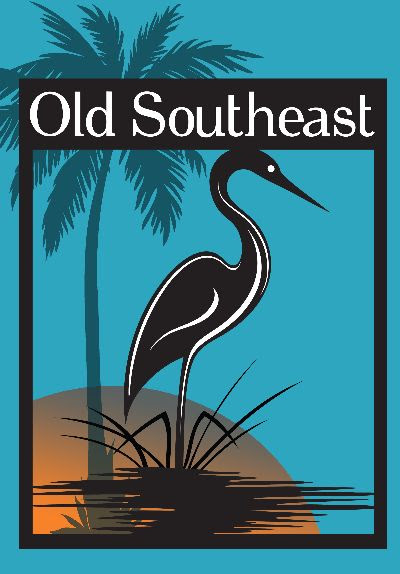 The Old Southeast Neighborhood is one of over 100 neighborhoods that comprise the City of St. Petersburg. St. Petersburg is situated in the southern half of Pinellas County, Florida on the western shores of Tampa Bay.  The Old Southeast enjoys a remarkable location adjacent to a bayfront linear park with year-round spectacular sunrises and at the same time is only just over a mile from Central Avenue in Downtown St. Petersburg.  The walk from OSE to downtown restaurants, shops, and waterfront attractions, takes you over Salt Creek and past its several active marine sales, repair, and maintenance businesses, by the Bayboro Harbor Marina, and through the St. Petersburg campus of the University of South Florida.

The Gulf of Mexico coastline with the best beaches in Florida is a mere 20-minute drive westwards, with equally stunning sunsets to thrill the eyes.

The neighborhood extends west to east from 4th Street S to Beach Drive S. and south to north from 25th Avenue S, where it borders the historic Driftwood community, to 15th Avenue SE.  OSE is bordered on the east by Lassing Park, a 12.5-acre park on Tampa Bay that runs from 15th to 22nd Avenues. This residential park offers fishing, games, walking, and a spectacular view of Tampa Bay.

The OSE is a residential area containing around 500 homes consisting mostly of single-family, one- and two-story homes, some dating back to the early days of the development of the neighborhood, and many built in the 1920s, through 1950s.  Many have been renovated.  Also common are additional housing units built often on the alley side of plots as separate buildings or above garages.

The neighborhood is famous for its colored hexagon-block sidewalks and the Old Southeast is a hex block preservation district that involves homeowners in the maintenance and upkeep of its historic walkways. Another street feature are the brick roadways on many of the avenues which add color and unique feel to local driving (as well as serving as a traffic calming device).

Palm trees of various types and laurel oaks are common in the planted area between the hexagonal paver sidewalks and the road.  A sight not to be missed is a magnificent banyan tree on 19th Avenue SE near Beach Drive. Residents are particularly proud about their yards and the variety of color and flora makes walking the neighborhood a delight. OSE is also home to a flock of green parrots.

Although predominantly residential the neighborhood is served by two eateries within its boundaries: the Old Southeast Market at 3rd Street S and 17th Avenue S. and The Chattaway restaurant and bar at 4th Street S. and 22nd Avenue S. both within a 15-minute walk of most residences.

Residents are from all walks of life but of special interest are the number who are artists of many different mediums, resulting in the Old Southeast having the unique distinction of being an Artist Enclave, one of only two in St. Petersburg.

An early resident, Judge Robert B. Lassing, donated waterfront land to the city in 1924 with the condition that any structures on it are to be used for park purposes. The city acquired additional land in 1926, 1944, and 1945 for the park. On January 8, 1942, the 12.5-acre Lassing Park was dedicated. It has continued to provide enjoyment and beauty to residents and visitors.  The City maintains the park, mowing the grassy lawn areas neatly and clearing up fallen fronds after a storm promptly.

The ever-growing skyline of downtown St. Petersburg is the backdrop to a northward view from Lassing Park and on the brightest of days the tall buildings of the business area of Tampa glitter in the setting sun.  Directly eastwards across Tampa Bay can be seen the stacks of the “manatee” power station. Coast Guard ship activity visible from Lassing Park indicates the maritime nature of the area to the north of OSE where Salt Creek flows into Bayboro Harbor.

Lassing Park is a tremendous base for a range of recreational activities both land and water based.  With the wind in the right direction the shallow stretch of water between the sandbar and the park is populated by dozens of kite boarders.  The sandy edge to the park is ideal for launching your paddle board or kayak for a gentle ride near to shore or for the more adventurous to head out to the bay proper.  Many residents and visitors simply walk their dogs up and down the one mile stretch or wade out to fish.  And several rise early to watch the often spectacular sunrises. Dogs benefit from the generously provided poop bags donated by Pet Food Warehouse and the dispensers serviced by OSNA volunteers. It’s a great place to meet your neighbors for a chat.

Not only people and dogs like Lassing Park – a variety of birds, especially pelicans, waders, herons and migrating species inhabit and enliven the shoreline.

Sea level rise and the impact of storms have led to a loss of over 20 feet of shoreline over the last 10 years at the northern end of Lassing Park.  Consequently, a fully funded collaboration project between the City of St. Petersburg and Tampa Bay Watch is scheduled to be implemented during the last quarter of 2021, will take steps to mitigate further erosion.

As the city grew, its neighborhoods flourished. Today St. Petersburg is a network of historic and architecturally significant neighborhoods, each with its own unique personality and almost all with a link to the parks that make this a real city-by-the-bay.

The Old Southeast neighborhood was established in the mid-1950s by developer C.A. Harvey. It’s bordered on the east by Lassing Park, a 12.5-acre park on Tampa Bay that runs from 16th to 22nd Avenues. This residential park offers fishing, games, walking, and a spectacular view of Tampa Bay. The original land for the park was donated to the city by Judge Robert B. Lassing in 1924, with the condition that all structures erected in the park be for park use. The neighborhood is famous for its colored hexagon-block sidewalks. The blocks are arranged in patterns and run throughout the neighborhood. Old Southeast is a hex block preservation district that involves homeowners in the maintenance and upkeep of its historic walkways.

The Old Southeast Neighborhood began in mid-1950. Founders C.A. Harvey and A.F. Freeman’s Bayboro Investment Co. bought the land east of 4th Street between 7th and 19th Avenues South around Booker and Salt Creeks and Bayboro Harbor. Mr. Henry’s built what is now Bayboro Bed & Breakfast, and resided there while the company continued to develop the area. Another early resident, Judge Robert B. Lassing, donated waterfront land to the city in 1924. Yet did so with the promise that any structures on it are to be used for park purposes. The city acquired additional land in 1926, 1944, and 1945 for the park. On January 8, 1942, Lassing Park was dedicated. It has continued to provide enjoyment and beauty to residents and visitors. 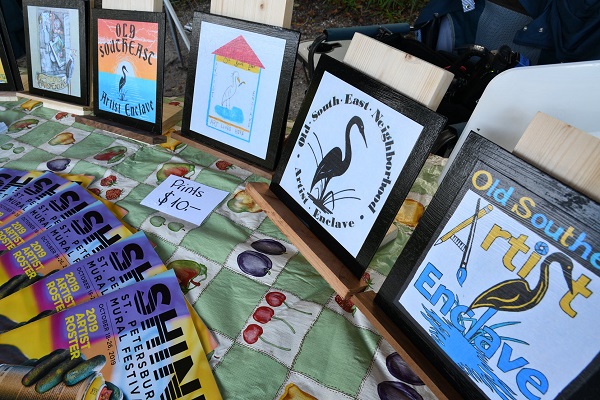 What is an Artist Enclave?

If you are an artist in any of the following categories, please email This email address is being protected from spambots. You need JavaScript enabled to view it. to share your name, contact info, and talent:

Make sure to keep an eye out for events hosted by Artists in the Old Southeast Artist Enclave. Better yet, subscribe to the OSE newsletter.

On Saturday, October, 22, 2022, OSNA will be sponsoring the Old Southeast Artist Enclave Tour from 10am-4pm!  Come see why the City of St. Petersburg named our Old Southeast neighborhood an official Artist Enclave where artists can create and market their arts or crafts!

Join other Old Southeast neighbors - and art lovers from all across the bay - for this exciting event!  The tour is self-guided, and there is no fee.  Pick up your map on the day of the event at the information tent in The Chattaway parking lot.  Maps will also be available at each studio participating in the tour.

There will be over a dozen Old Southeast artists exhibiting in their studios and residences.  Painters, potters, print makers, sculptors, wood turners…there will even be a candle maker!  Just follow the Artist Enclave logo signs (found at the entrance of each artist’s site) and enjoy the creativity of our talented Old Southeast artists.

The Old Southeast Neighborhood Association (OSNA) is a volunteer organization in St. Petersburg, FL which aims to connect neighbors, promote community pride, foster communication, and encourage cooperation between the city and its residents.  It is registered with Florida government as a 501(c)(3) entity which status includes federal tax exemption and eligibility to receive tax-deductible charitable contributions.

The mission of OSNA, as embodied in the Association’s Bylaws, is to:

All adult residents and property owners of the Old Southeast are eligible for membership.

The Old Southeast Neighborhood Association is committed to being an inclusive organization that reflects the diversity of this community. All residents are welcome to join the Association and contribute toward its vision, strategies, organization, and events. OSNA is stronger and better able to fulfil its purposes when well informed of the community’s interests and concerns, and is more representative when it requests, receives, and respects input from all neighbors irrespective of identity.

These meetings present an opportunity for members to directly question the Board and guide its work.

Held at least quarterly, with the date and time determined at the discretion of the Board of Directors, OSE Community meetings are open to active and associate members and residents of Old Southeast.

The purpose of the OSE Community Meeting is to inform the residents of Old Southeast of the activities of the Association, seek community input, and foster community spirit through social and neighborhood events open to members and Old Southeast residents. 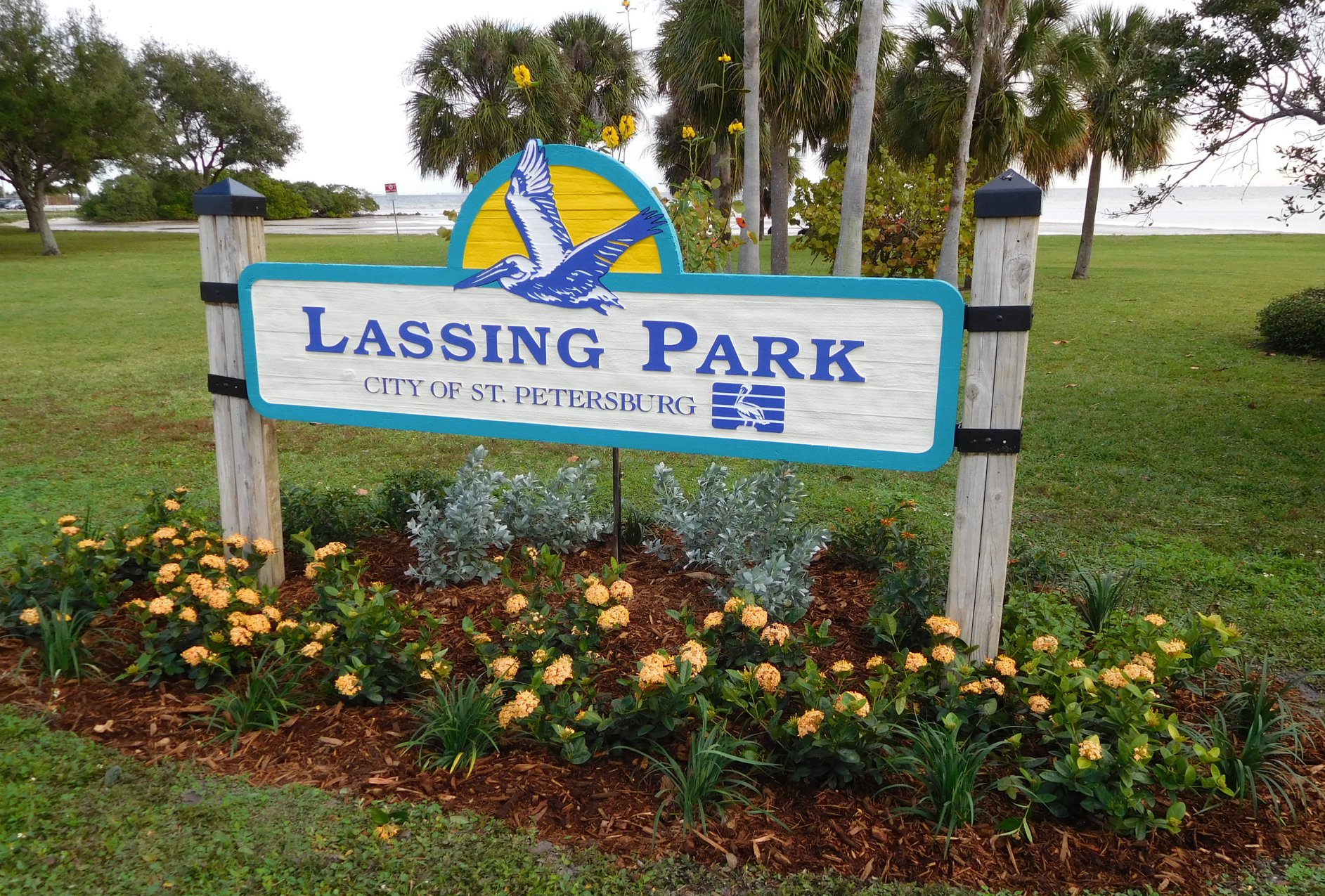 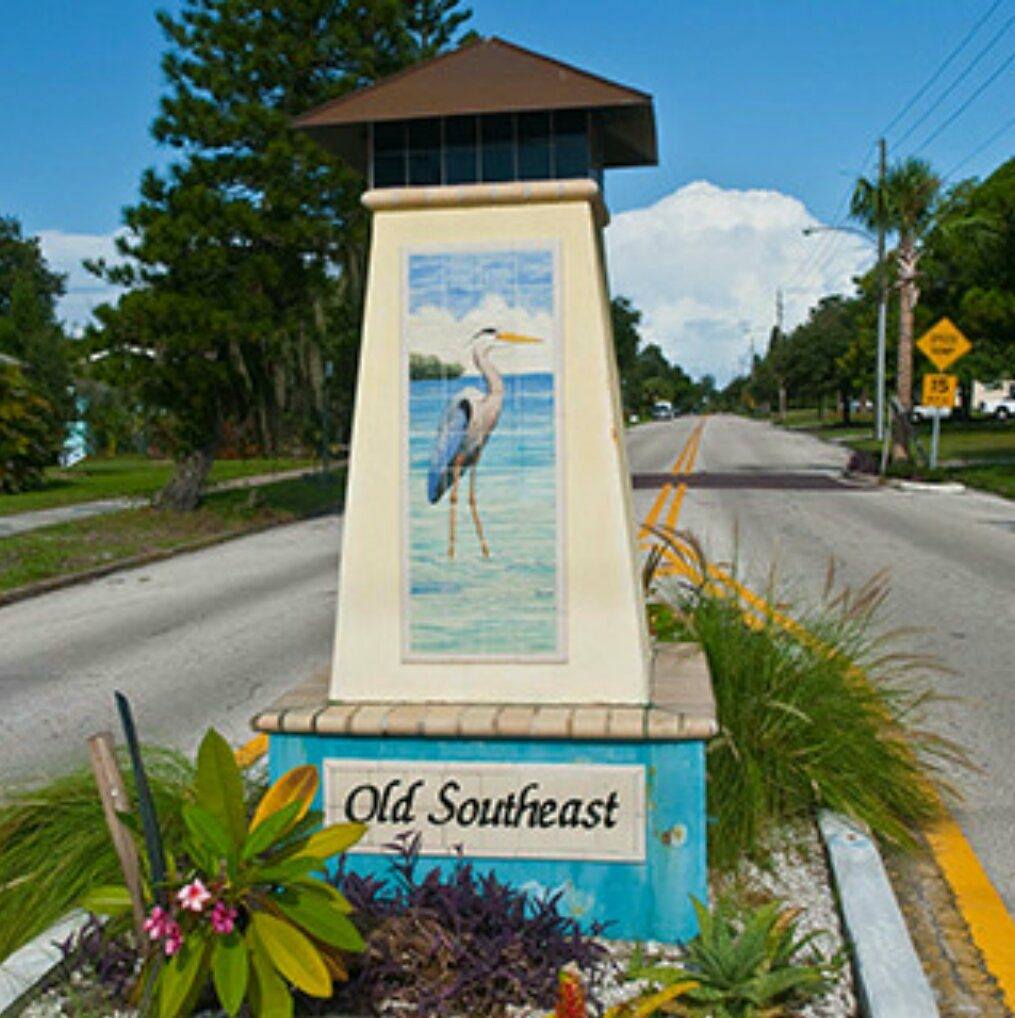 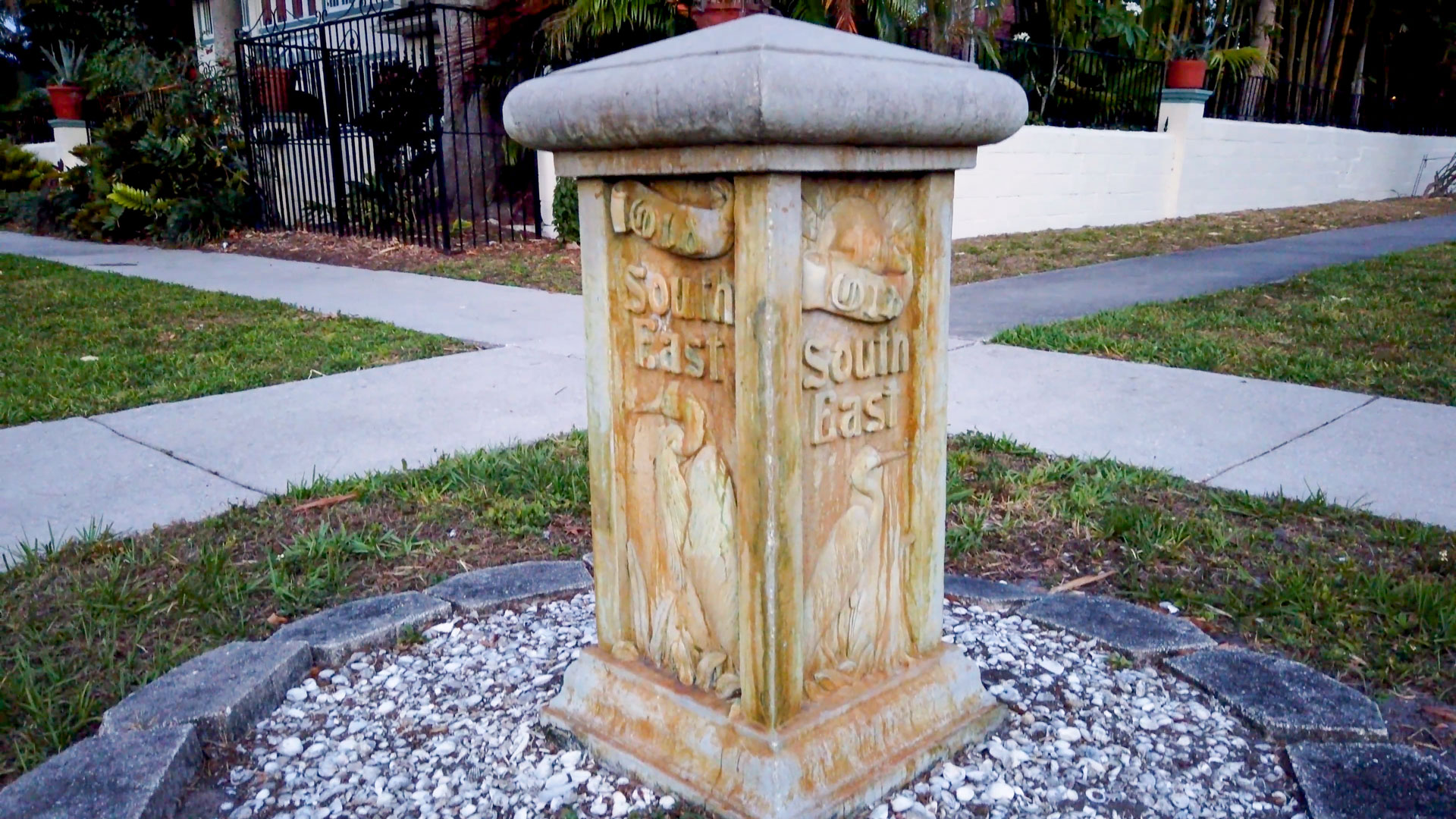 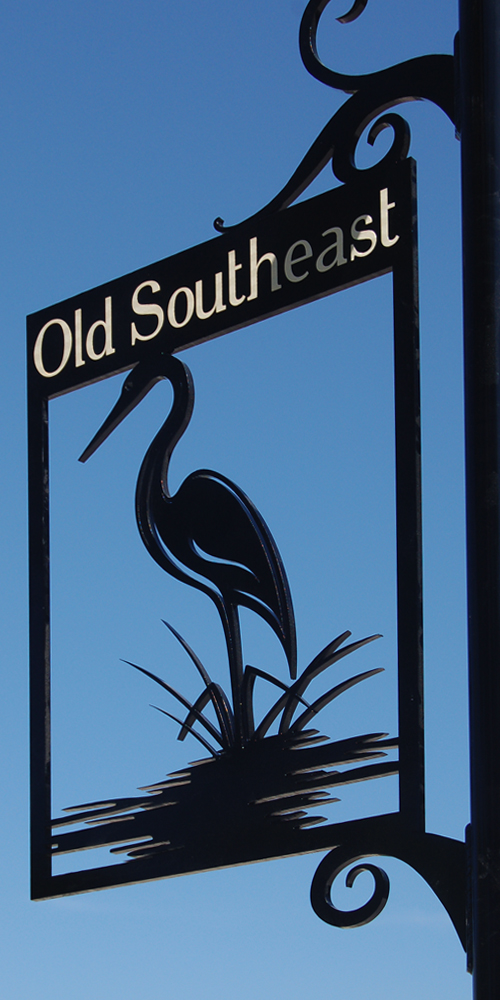